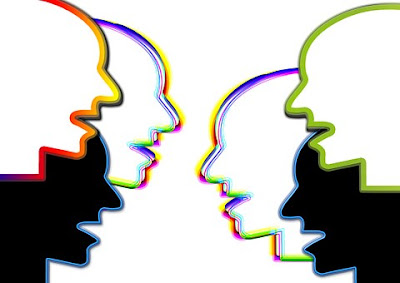 When my memoir "November Ever After" had its initial launch, the daily newspaper where I live (Winston-Salem Journal in North Carolina), published a column about it. The commentary, entitled "Setting the Marshall Story Straight" got its share of reader comments, which I always welcome and appreciate.

There was one comment in particular that I felt I needed to address. This one reader could not understand why I feel the movie "We Are Marshall" doesn't do justice to the real story. No doubt, the movie gave the MU story a national stage. But just because a story attracts coast-to-coast interest doesn't set a precedent for distorting what really happened.

Kerrie Barnhart, who just happens to be a Marshall University graduate, was the reader who had a difficult time following my rationale about the movie. Since I'm the book's author,  I certainly had a ready response (see "Author's Counterpoint'). We both attended the same college, but don't know one another and have never met.

“We Are Marshall has a run time of two hours, 11 minutes. The horror of the night of November 14, 1970 took longer than that. There were so many sad, interesting and (eventually) wonderful stories that began that evening, but there's simply no way they could have all been included in a two-hour movie.

With all due respect to Mr. Greenlee, nearly five years after the release of "WAM," I just don't understand the animosity about decisions that had to be made for a movie's running time.”

I agree that there’s only such much content that can be squeezed into a movie that lasts a little over two hours. The real issue is not the movie's run time. It’s about making sure that – within the time frame of the film – that the truth be fully acknowledged.

That’s really not too much to ask, especially when you recall this one sentence … “This is a true story.” Those words appear prominently on the screen at the very beginning of the movie.

A college and community dealt with heavy grief

The whole focus of "We Are Marshall" is to show how a college and a city managed to recover from such a horrific experience. Yet, it’s so strange that the movie never gave much information about the seventy-five passengers who died in that plane crash.

If there’s no tragedy, there is no comeback, and hence, no story line.

No film or documentary can truly be all-inclusive. Not many people will sit through a movie that’s longer than two-and-half hours. Books are no different. How many people will read 500, 800 or even 1,000 pages of somebody’s prose? Few, if any.

Here’s the bottom line. The movie pays homage to those who lost their lives on a November night a long time ago. If we’re really serious about that, what better way to honor them than to tell it like it really was?

And even if you can’t include every aspect of the story, no biggie. Just take the content you have and tell it thoroughly, tell it well, and don’t abandon accuracy for the sake of artistic license.

Are the people from back in the day  way off base because they prefer the truth over a conjured up version of what really transpired? I don't think so. Let’s just say that it’s so sad that filmmakers are convinced they can improve the truth by improvising.

The real story is truly marvelous. There's no need for alterations of any kind.

Posted by November Ever After at Tuesday, November 07, 2017