November Ever After gets high 5s from Amazon

Posted by November Ever After at Thursday, September 27, 2012 No comments: Links to this post

Editor’s Note: I’m always interested in what people think after they’ve read the book I wrote about the 1970 Marshall University plane crash – “November Ever After.” A few months back, I met Ed Lane and several other media people at a book signing event in North Carolina during the National Sportscasters and Sportswriters Awards Weekend. Ed recently contacted me and shared his thoughts about my memoir (read below).

Overall, I really enjoyed the book. It’s a quick read, concise, and to the point. It offers a fascinating look at the plane crash and its aftermath. So often when news stories of tragedy occur, people tend to focus on the immediate impact. They don't examine the after-effects. The book does a thorough job in covering that aspect of the disaster.
In my opinion, the most memorable part of this book was reading about the trips that survivors went on as they attended the funerals of their schoolmates. There were countless examples how people showed their genuine care and compassion for one another. The writer’s decision to address the chilly racial atmosphere on campus serves as a sobering reminder about the ills of racial bigotry.
I recommend this book because it delivers an accurate account of a historical event. It also introduces a side of the plane crash story that has generally been overlooked by the mainstream media. While the book’s author makes it clear that he’s not too thrilled with the movie “We Are Marshall,” I feel he was fairly accurate in his assessment of the film.
The book did surprise me in one area in particular. Mr. Greenlee went the distance to explain and illustrate how this tragedy affected the crash victims’ significant others, friends and family members for many years after the crash.

Ed Lane is the host of the afternoon drive sports talk show “Southside Connection,” which airs Monday-Friday at 5 p.m.  on ESPN Southside 1160-AM in Martinsville, Virginia.
Posted by November Ever After at Wednesday, September 19, 2012 1 comment: Links to this post 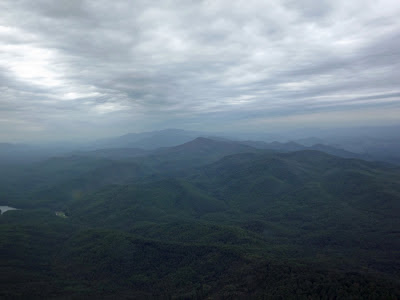 Any reports of paranormal activity at the Marshall plane crash site? The question was posted in the Huntington, WVa. forum of the Topix.com website.
On the night of November 14, 1970, a jetliner carrying most of Marshall University’s football team, coaching staff, school administrators and boosters, slammed into the side of a mountain as it attempted to land at Tri-State Airport. There were no survivors among the 75 passengers on board.
You may or may not believe in the existence of the paranormal. Even so, the forum has some thought-provoking comments. A former airport employee – “A Witness” of Scott Depot, WVa. –  shared the following recollection on the forum in late October 2010:


Must have been 20 or so years back as far as I can remember. I was mowing the grass around the Tri-State Airport when I heard a loud roar and saw a large passenger jet slam into the hillside over the edge of where I was working.
I thought I had lost my mind. But instinctively, I ran toward the site where I saw the plane crash. What did I find when I finally made it to what I later found out was the exact spot where the Marshall flight crashed?
Nothing.
It wasn't what I saw, but what I heard that sent shivers down my spine.
I heard a faint chant, as if the 75 passengers of the doomed flight were speaking in unison, “we are, Marshall, we are, Marshall.” I didn't bother telling anyone for some time as I knew I would be labeled “psychotic.”
To this day I know what I heard and no one will ever tell me otherwise.
I always felt a presence in the air while I worked at the airport and that day was just far more bizarre than usual. People don't appreciate the great number of lives lost in the immediate area surrounding the airport. There's bound to be a lot of paranormal activity there.
“A Witness” isn’t the only person who weighed in on this topic. On this same Topix.com forum, “I Know” of South Point, Ohio wrote:
There were some very strange occurrences that happened on campus while the crew for “We Are Marshall” was filming … especially during the filming of the fountain scene. I was there.
The almost palpable presence of “something” is always there at the ceremony when MU celebrates the anniversary of the crash.
Photography: agrannysplaceisinthecockpit.blogspot.com
Posted by November Ever After at Thursday, September 06, 2012 3 comments: Links to this post