Southside Connection: “November Ever After”

“I run into people all the time who tell me that they know about the movie (“We Are Marshall”), but they also want to know about the truth (“November Ever After”). What Warner Brothers did was fine in and of itself, but it didn’t go far enough. The movie proclaimed itself as a true story, when in actuality, it was not. The true story has enough in it, so it doesn’t need to be altered.”

The above is an excerpt from Greenlee’s interview on the radio talk show “Southside Connection,” hosted by Ed Lane. The show airs weekdays from 5 p.m. to 7 p.m. on ESPN Southside (1160 AM) in Martinsville, Virginia. Click on the link below to listen to the podcast which is posted on the ESPN Southside web site.

Radio Interview Southside Connection
Posted by November Ever After at Thursday, April 11, 2013 No comments: Links to this post 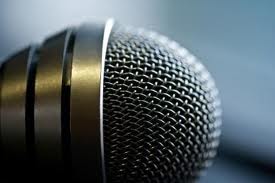 The veteran sports writer and former Marshall University football player, will talk about the circumstances that prompted him to write a memoir about the 1970 plane crash that killed most of Marshall’s football team.

Greenlee will also discuss why he felt compelled to do author a sequel, which is scheduled to be published over the next 12 to 18 months.

“Southside Connection” airs weekdays from 5 p.m. to 7 p.m. on ESPN Southside (1160 AM) in Martinsville, Virginia.

Posted by November Ever After at Wednesday, April 10, 2013 No comments: Links to this post

“I thought I knew all there was to know …” 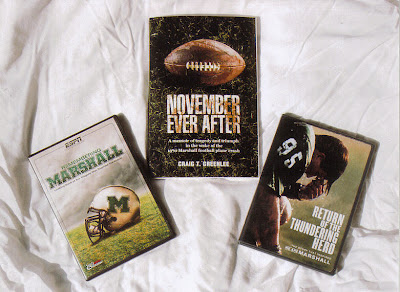 Author’s Note: Thought I’d share this message I received from a Marshall alumnus. It never ceases to amaze me how the story of the Marshall University football plane crash and its aftermath continues to resonate with people of all ages, races and cultures.

This past Christmas, my wife bought me a copy of your book November Ever After.  I cannot tell you how much I loved your book!  I have read probably a dozen or so books on the subject of the 1970 plane crash, but your book included information I had never heard about.

I thought I knew all there was to know about this tragedy until I read your book.  I had NO IDEA your freshman team at Marshall was undefeated while the varsity played so poorly in 1968.

Just think of what kind of team you could have fielded in 1969 had there been no recruiting scandal!  I also had no clue about the racial tension on campus at the time.  I assumed there was, as that was happening on college campuses all over the U.S. But stories such as the intramural football game involving the Kappa Alpha fraternity and the fight in the Twin Towers dining hall were simply fascinating.  Reading about the atmosphere on campus immediately following news of the crash from somebody living on campus was incredibly interesting as well.

My father (Peter Barr) came to Marshall in the fall of 1968.  My mother (Carol Topping) started her freshman year at WVU in 1968, but came to Marshall in 1969.  Her parents owned the Stationers Office Supply chain. One of the stores was located on 5th Avenue in Huntington, not too far from where your practice field was.

My mother was a member of Alpha Xi Delta, and was living in the sorority house when news of the crash broke.  She too remembered screams from her sisters as they discovered that their boyfriends were gone.  Since both her family and my father’s family were born and bred in Huntington, both of their families lost a lot of friends that night was well.

In 2000, I performed at the 30th Anniversary Memorial on campus (I was a Music major at MU).  Both you and my parents graduated from Marshall years before I did, and although I have never met you, it kind of feels like we are all related and bound together by this school and a tragedy that no one else from any other school can relate to.

Unfortunately, you experienced it face to face.  Thanks for taking the time to share your experiences through your incredible book, so that those of us who were not there, can continue to honor a respect the memories of those who were.