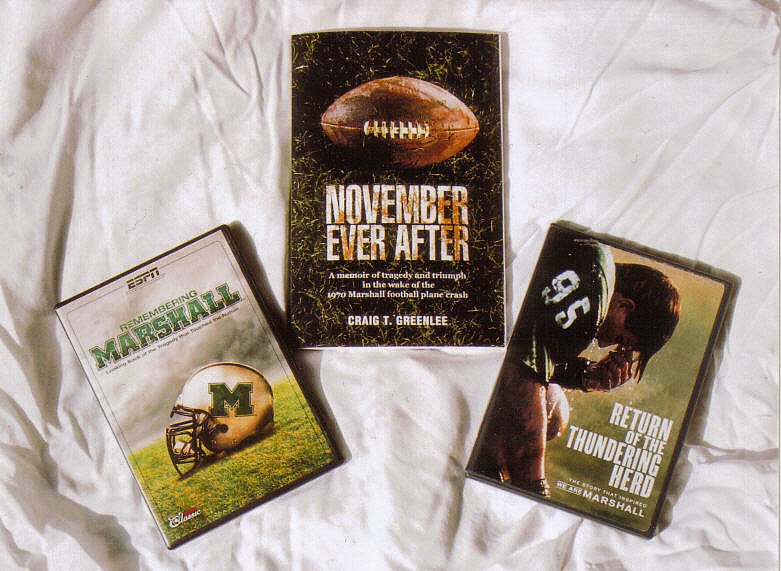 Before I read Craig Greenlee’s 2011 publication, November Ever After, I always thought of Marshall as being a progressive institution that allowed African-Americans a chance to play football during a period when the SEC had not yet integrated.

After doing some research on the SEC, I discovered that Kentucky and Tennessee integrated in ’67 and ’69. The rest of the SEC didn’t integrate until ’71 and ’72. While I still think Marshall was progressive for that time, Mr. Greenlee’s book took me off guard
on my first read. He paints a different story of life on campus for an African American in 1970.

After I reflected on his story (and realized it was his story not mine), I really enjoyed the portions of the book about the Black United Students’ bus trips to attend the funerals of the African-American players who were lost (Chapter 5 in its entirety).

I had not HERD about these bus trips before. It really is a great story. I also enjoyed the stories of Dickie Carter and Felix Jordan. The background on those two is very enlightening for someone who wants to understand more than what the documentary Ashes to Glory and the movie We Are Marshall presents.

In the future, I will blog more about Mr. Greenlee's book. For now I will just recommend that you read the memoir if you want a different perspective on some of the facts you think you know about 1970.


Thundering in MD
Herd Fans Week In Review
Posted by November Ever After at Tuesday, January 06, 2015 1 comment: Links to this post