“Event forged indelible bond among all of us …”

Editor's Note: Here's a reader response to the blog entry “Vivid Memories of a New Jersey classmate” which ran in December.

In the year 2000, I attended the screening of the Ashes to Glory documentary about the Marshall University plane crash of 1970 in Huntington, West Virginia.

Prior to the screening, there was a memorial service held at First Baptist, the church that several of the players who died attended. My friends Nate Ruffin and Reggie Oliver (former players) along with Mickey Jackson (MU assistant coach in early 1970s) were there and I also met the brother of one of the crash victims, Marcel Lajterman.

Afterwards at another reception, I saw Dennis Foley, who also played football, but quit the team before the crash. Dennis and Marcel were roommates at the South Hall dormitory where I was a resident adviser. When I introduced Dennis to Marcel’s brother, it was overwhelming for both. Dennis had not spoken much about that experience to anyone. 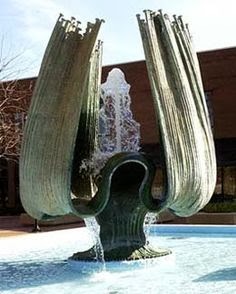 The film had a lot of impact. In one sequence, I spotted my sister (Angela Dodson) on camera. As a writer for the student newspaper at that time, she was among the media that covered the press conference when Joe McMullen was introduced as Marshall’s new athletics director in February 1971, three months after the crash.

Also in the film, Felix Jordan was incorrectly identified as Craig Greenlee because Felix had the same uniform number that Craig had the year before the crash. Craig played two seasons and left the team in 1969.

Coincidentally, I recently received a phone call from Evangelist Ed Carter, a player who missed the fatal flight because he went home to Texas for his father’s funeral. We spoke for over an hour about our friends and our experiences at Marshall. That event has forged an indelible bond among all of us who were affected by the tragedy.

I read Les Hicks’s book Against All Odds and attended his book signing at Marshall's Homecoming in October 2013. Craig had a book signing two years earlier when his memoir November Ever After was published. We are all proud of the Nate Ruffin Lounge which is part of the new Alumni Center on the Marshall campus. There is also a bust of Nate and some of his memorabilia that was donated by his wife Sharon to display there.

As one who traveled with the “Homegoing Caravan,” I was elated to hear that Tuscaloosa, Alabama now has a permanent memorial exhibit which honors the four Marshall players from Tuscaloosa who died. None of us who attended the joint funeral for Joe Hood, Freddie Wilson, Robert Vanhorn and Larry Sanders will ever forget that day.

Craig has done a great service to amplify this story in the backdrop of the national notoriety that Marshall has enjoyed in recent years because of its gridiron success and the movie We Are Marshall.

-William Dodson
Urban Church Watch
Posted by November Ever After at Friday, February 07, 2014 No comments: Links to this post