Writer asks: Why tinker with a marvelous story?

Editor’s Note: Here’s a partial reprint of a news column that ran in a North Carolina daily paper about Craig T. Greenlee -- the author of the memoir “November Ever After.” The book focuses on the aftermath of the Marshall plane crash that killed most of the school’s football team. As a former teammate of the players who perished nearly forty-two years ago, Greenlee has a unique perspective about the tragedy.

BY SCOTT SEXTON
Winston-Salem Journal (NC)
Like millions of others, Craig Greenlee saw "We Are Marshall," the 2006 film that depicted the rebuilding of the Marshall University football program after a plane crash Nov. 14, 1970 that killed 75 players, coaches and others.
Unlike most moviegoers who were captivated by the film's can-do message, he didn't leave the theater feeling particularly upbeat.
Greenlee knew most of those killed that day. He was on the team the previous two seasons — he walked away for personal reasons — and would come back to play the following season to help rebuild the program.
And because of that, he knew that what was shown on the big screen wasn't what really happened.
"So many things about what really happened were just … lost," said Greenlee. "The story is such a marvelous story. Why tinker with it?"

Posted by November Ever After at Thursday, August 30, 2012 No comments: Links to this post 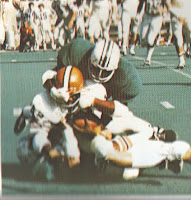 In the first season after the Marshall plane crash that killed most of the school’s football team, nobody had any idea of what to expect. Ten months earlier, on November 14, 1970, the unthinkable happened. A team that had showed so much promise was no longer around. Yet, there was an air of excitement and anticipation that engulfed the school and the city of Huntington, West Virginia when preseason practice started in August of 1971.
Most of the players on ’70 freshman team came back, as well as the few varsity players who for one reason or another, didn’t go on the fatal trip. Marshall football, however, still was in desperate need of able and willing bodies. The NCAA helped out by allowing MU to play freshmen in varsity games, an unprecedented move at that time. That year, Marshall was the only place in America where freshmen could play varsity football for an NCAA-sanctioned program.
Charles Henry, a 17-year old linebacker from South Carolina, was among that cast of college rookie hopefuls who were eager to take full advantage of the new freshman rule. Henry proved to be a mainstay during his days with the Thundering Herd (’71-’74). As a freshman, he became the youngest player to start in an NCAA varsity college football game. In 2006, Henry was inducted into the Marshall University Sports Hall of Fame.
Henry recently shared his experiences and recollections during an interview on the “Lawson Brooks Show” on blog talk radio. Click on the link below to listen to this half-hour interview.
http://www.blogtalkradio.com/lawson3/2012/06/16/the-lawson-brooks-show

Posted by November Ever After at Thursday, August 23, 2012 No comments: Links to this post

Posted by November Ever After at Monday, August 20, 2012 No comments: Links to this post 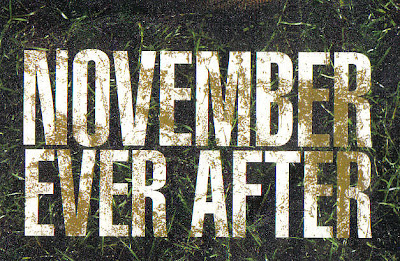 Editor’s Note: Here’s a summary note about the 2011 memoir regarding the Marshall plane crash that appeared in the Midwest Book Review.

Dozens of young lives lost is a tragedy that should not be forgotten. November Ever After is a memoir from Craig T. Greenlee as he reflects on a terrible accident that claimed many lives in 1970, when a plane carrying Marshall University's football team tragically crashed.
Greenlee writes he left the football team a year earlier for personal reasons, and in wake of the tragedy, he worked to rebuild the team. This is a story of recovery for the school and those who lost that day.
November Ever After is very much worth considering for sports memoir collections.

-Helen’s Bookshelf
Midwest Book Review
Posted by November Ever After at Tuesday, August 14, 2012 No comments: Links to this post