Author's Note: Today marks the 48th anniversary of the Marshall University plane crash that killed most of the school's football team over four decades ago. Normally, I write a blog entry every November about some aspect of this horrific event. This year, I'm taking a different route, thanks to a new-found colleague who has a deep passion for helping people heal from traumatic experiences. In today's blog entry, Jen Marr, a crisis response professional, reflects on the MU tragedy and what we can learn from it.

November 14th, 1970.
Thirty-six members of the Marshall University football team, nine coaches, 25 prominent community leaders/spouses and five flight crew members died in a flash as their plane crashed into a hillside seconds before it was to touch ground in Huntington, West Virginia. Seventy-five passengers on board. Gone.
You may remember the movie “We are Marshall." It documented this tragedy and the story of rebuilding the football program. From the moment this movie was released in 2006, it captured my attention. Matthew McConaughey, football and a triumph from tragedy story? I’m in. But it was 10 years after the movie was released that I started watching it again. And again. And again.
I really began to ponder the story line and wondered about the angle that was not so visible in the film. The real story. The story of those left behind: At least 100 parents, 13 widows and 70 children. Eighteen children lost both parents and 52 others lost one.
Widespread impact
There were countless people who were deeply impacted: team members who didn’t go on the trip, girlfriends of the players, grandparents, cheerleaders, friends, fellow students, neighbors, faculty, and the list goes on and on and on.
How did life go on? How have they made it through? The reason this movie caught my attention again a decade later was because I had experienced two large-scale tragedies myself. The mass shooting at Sandy Hook Elementary School (2012) and the Boston Marathon bombing (2013).
In the case of Sandy Hook, I helped bring comfort in the recovery efforts taking place at the school each week. As for the Boston Marathon bombing ... I was there as a race participant, but never finished. At the time the bombs detonated, I was stopped after running 25.8 miles. I wandered around town shivering and lost for another three miles before finding my family and hotel.
In the ensuing years, I’ve watched as deeply-hurting people in these communities feel unnecessary pressure to “move on."  The passage of time should be adequate time to be “over it." Right? And I am witnessing how far away from reality this thinking is.
My eyes were opened.
Researching the tragedy
And so, I felt compelled to research the Marshall University tragedy to help us learn from 48 years of recovery from an unthinkable tragedy. Did they ever get past it? I’ll give you the quick answer. They aren’t over it. They will never “get over it”.
Every November 14th brings them all back to that moment. And the same pain comes again. Every Year. It is always with them. But there is also hope. Read on.
My quest led me to Craig T. Greenlee. who authored the book “November Ever After," a memoir about the plane crash and its aftermath. Craig waited 40 years to tell his story. He knew most of those who were on the plane that night. He was on the team the previous two seasons, left the team for personal reasons, and came back for spring practice in 1971 to help rebuild the football program.
Remembering those who lost their lives
Craig has a southern drawl and deep commitment to preserve the memories of his beloved teammates and all those affected by this tragedy. Most of the reflections I discussed with him centered around the struggle of living in a world where no one could possibly understand what they were going through.
How could anyone possibly understand?
Those who were left behind wanted to be strong, but there was no road map. And so, they learned as they went.
Forty-eight years later, here are some wise takeaways from Craig:
You can have no expectation of how people are dealing with their trauma other than they have not forgotten it.
“It’s about time that you move on from that plane crash.”
“People die, and they’re buried, and you just move on.”
Craig closes his book with these observations:
What we can say is that we endured. And during that process, we wept, and we agonized. And we continued to celebrate the lives of those who perished. The Marshall students from the early ‘70s are senior citizens now. We’ve established ourselves in our careers, raised our children and are having a ball as grandparents.
Along the way, we’ve lost loved ones, which includes parents, siblings, other relatives and in some cases lifelong buddies. Even with all of that, we cannot erase the memories from over 40 years ago, memories that are forever etched in our psyches. True enough, it was so long ago, but it’s still just like it happened yesterday.
It’s always with you.”

With so many large-scale tragedies happening around us and countless small-scale tragedies that have a similar impact on lives, we owe it to ourselves to learn from those who’ve been there before us. If we learn that people don’t “get over” traumatic events, then maybe we can think twice before assuming they are "back to normal."
Learning how to comfort those in need
And maybe then we can be open to reaching out and being there to care for them better. The examples are all around us every day.
That veteran having a hard time keeping a job? He’s not “over it”. The co-worker who recently had a miscarriage? She’s won’t just “have another baby” and get past it. The high school classmate who lost a son to a drug overdose? She will never “get back to normal”. The student whose friend committed suicide? It will always be with him.
The “We are Marshall” movie ended with a great football win the year following the tragedy. And then the credits rolled as we saw Matthew McConaughey flash his smile one last time.
But that’s not where the story ends in real life. The real-life story gives us hope. Even though traumatic events stay with us, we can learn that life will blend together the past, present and future so that the cherished memories stay cherished. When we remove “getting over it" ... “moving on” and “getting back to normal” from our thought process and replace our thinking with “it’s always with you”, we change everything. 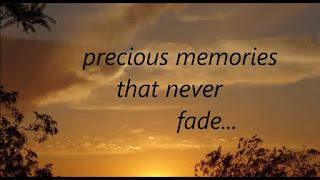 Hope for genuine healing
“Getting over it” puts up a big dark wall, denying most reflection and conversation on the topic; “always with you” breaks that wall down and opens a beautiful door for preserving memories, accepting and providing comfort and building relationships based on the memories and pain.
“Moving on” discourages looking back, marching blindly forward; “always with you” takes the past and seamlessly weaves it into the present and future. Using each day, the bad days with the good days, to bring together the full story.
“Getting back to normal” is sometimes mistaken for finding a way to go on; “always with you” allows for true resiliency by identifying and accepting a “new normal” and living life as it is now.
Life is hard and messy. And in the crazy busy world we live in today, we sometimes find ourselves at a loss when it comes to knowing how to help those who are hurting.
We can do better.
We will do better.
We are all Marshall now.

Jen Marr is the Founder and CEO of Inspiring Comfort LLC, a company that provides programs that teach people how to do a better job of comforting others.  Learn more by visiting this web site: http://www.inspiringcomfort.com

Video -- Surviving teammate Dennis Foley opens up for the first time in 47 years on this video. Let that sink in for a minute… He didn’t share his story for 47 years. If you remember one thing about this video, remember the clarity in which he recalls his story: https://www.youtube.com/watch?v=3qSuwqmRynY
Article -- Chicago Tribune Pulitzer Prize-winning writer Julie Keller, grew up in Huntington West Virginia and wrote an amazing piece “It’s Always With You” - http://www.marshall.edu/ucomm/files/2012/10/ItsAlwaysWithYou.pdf
Video -- Nate Ruffin, the Thundering Herd defensive back who missed the flight due to injury pays tribute to his teammates who perished: https://www.youtube.com/watch?v=9ivf6q_CHgQ

Posted by November Ever After at Wednesday, November 14, 2018 No comments: Links to this post