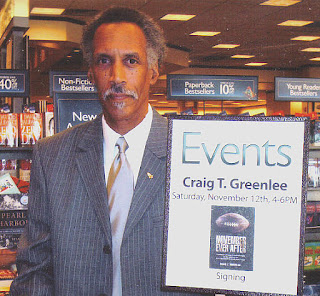 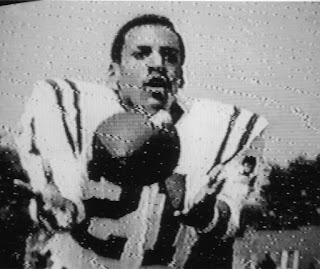 Craig T. Greenlee is a seasoned sports writer who earned his Bachelor’s and Master’s degrees in journalism from Marshall University. The publication of November Ever After signals Greenlee’s debut as a book author.

Craig has a unique connection to the Marshall story. He played football at MU for two seasons, but left the team the year before the tragedy occurred. As a former teammate, the author knew most of the players who were on board that fatal flight in 1970. He rejoined the team after the crash and took part in the rebuilding process during the spring of 1971.

His analysis — “Title IX: Does Help for Women Come At The Expense of African-Americans?” was included in the award-winning Race, Gender and Class: An Anthology, co-edited by Margaret L. Andersen and Patricia Hill Collins.

The anthology is widely used as a textbook at over 200 colleges and universities around the country. The book has gotten much acclaim in the academic arena for its impact on shaping race, class and gender studies.

Being a writer isn’t Craig’s sole passion. He’s also an accomplished photographer whose works have appeared in JET Magazine, EBONY Magazine, UPSCALE and Street & Smith’s preseason publications for college football and college basketball. At some point in the not-too-distant future, Greenlee plans to publish a book about some of the high-profile celebrities that he’s taken pictures of over the course of his career.

In recent years, the author, who grew up in Jacksonville, Florida, has expanded his skill set to include graphic arts design. Craig developed those talents during his years as a sports editor and copy editor/layout artist at weekly and daily newspapers in North Carolina.